Berkeley High Winter Season athletes competing in Basketball, Soccer and Wrestling kept on practicing and competing right through the winter rains and semester break, finishing with strong seasons all around.  Keep reading for a few highlights and photos across the Berkeley High Athletics program and learn how you can help support the amazing student athletes, coaches and staff across the 1200 person program representing nearly 60 teams and 27 sports. The athletic program depends on gifts from families like yours, so after you have enjoyed the following Winter Sports Update, we hope you will consider becoming a Berkeley Booster and being part of this collective investment in excellence. To join now, just click right here.

The Varsity team finished with a winning record in a tough WACC Conference and made the NCS playoffs for the first time in 5 years.  The JV and Freshmen teams also gained lots of experience playing against tough opponents.  Four Varsity players were recognized with All League WACC honors: Samir O’ Brien, Sophomore- First Team; Jude Rockafellow, Senior, Second Team; Mazi Brooks, Junior, Honorable Mention; Will Polishuk, Sophomore, Honorable Mention.  With almost the entire starting line-up returning next year, this will be a team to watch.  The future is very bright for the entire boys basketball program. In addition to a very young NCS playoff varsity team, the JVs went 17-8 and closed the season on a 4-game win streak. They had two thrilling last second victories over rivals Bishop O’Dowd and Castro Valley. The frosh team dominated this season amassing a 22-4 overall record.

The Girls Basketball teams were plagued with injuries and absences due to Covid such that just having the complete roster of players competing in a game was a highlight.  The team fought hard all season including close games with San Leandro and Bishop O’Dowd decided by fewer than 5 points.  The game vs Foothill High School Pleasanton started off slowly with the Yellow Jackets down 19 to 0 to start the game before fighting back to win by one point! There are several returning players with lots of Varsity experience, meaning next season will be exciting to watch.  A year after COVID shrunk the girls program all the way down to one level, the BHS Girls program was back to be one of the few 3-level programs in the area. The JV team finished the year strong with an 11-9 record. A highlight was a revenge win over rival Alameda after losing by 1 at the last second earlier in the year.

It was great to return to the field this season with all three teams (Freshmen, JV and Varsity) competing and compiling very good records.  Varsity was able to capture a co-WACC title in a league with some very strong teams and placed six players on all league 1st and 2nd teams.  Varsity qualified for the NCS Tournament and put up a tough game against Cal High before falling out in the first round.  Boys soccer has a youth movement going. Not only was the very talented varsity team strong, but both JV and Frosh had excellent years. The JV went 12-1-4 and the Frosh went 10-3-3.  There is a lot to look forward to next year.

Over 65 girls participated on three teams for a great high school experience and many thrilling games.  Varsity continued a tradition of excellence by earning the WACC league title for the fourth year in a row, the first time for a single program in the WACC for either boys or girls soccer leagues.  Several games proved exciting to watch.  At Bishop O”Dowd, the Yellow Jackets fought back from a 0-1 deficit to win 2-1 on the last kick of the game off a free kick goal by Shima Dixon. When Berkeley hosted Castro Valley, the game winning goal came from  Sophia Tuma with only five minutes to go. Senior night was a huge highlight as the team captured the league title with a 4-0 win over Piedmont.  Varsity qualified for the NCS Tournament before falling to San Ramon Valley in a hard fought first round game.  Under the tutelage of returning coaches, both the JV and frosh teams excelled again going 12-6-1 and 13-7-1, respectively.

The mighty team of only 19 wrestlers turned in a strong performance, sending 3 girls and 4 boys to the North Coast Section tournament after having two 2nd place finishers, two 3rd place finishers, and three 4th places finishers at the WACC tournament the week before. First year wrestlers Emily Lim and Shiella Paredes-Akimoto each won a match while 3rd year wrestler Gabe Ross went 2-2, ending in the top 24 of NCS this year.

The Berkeley Athletic Fund was on hand for several contests this Winter to spread Yellow Jacket spirit and host Booster Appreciation events.  Fans who couldn’t make it to the game watched the livestream via HUDL and YouTube, just part of the critical infrastructure for one of the largest high school athletic programs around that is funded by your donations to the Berkeley Athletic Fund.

Need some Jacket gear to show your school pride while cheering for your favorite team?  Yellow Jacket gear is available year round on the Fan Store.  Players and coaches love to see fans, hope to see you at a game soon!

Attention golfers: registration for the 14th Annual BAF Golf Classic, to be held May 6, 2022 is now open.  Reserve your tee time, sponsor a hole or join us for dinner here. 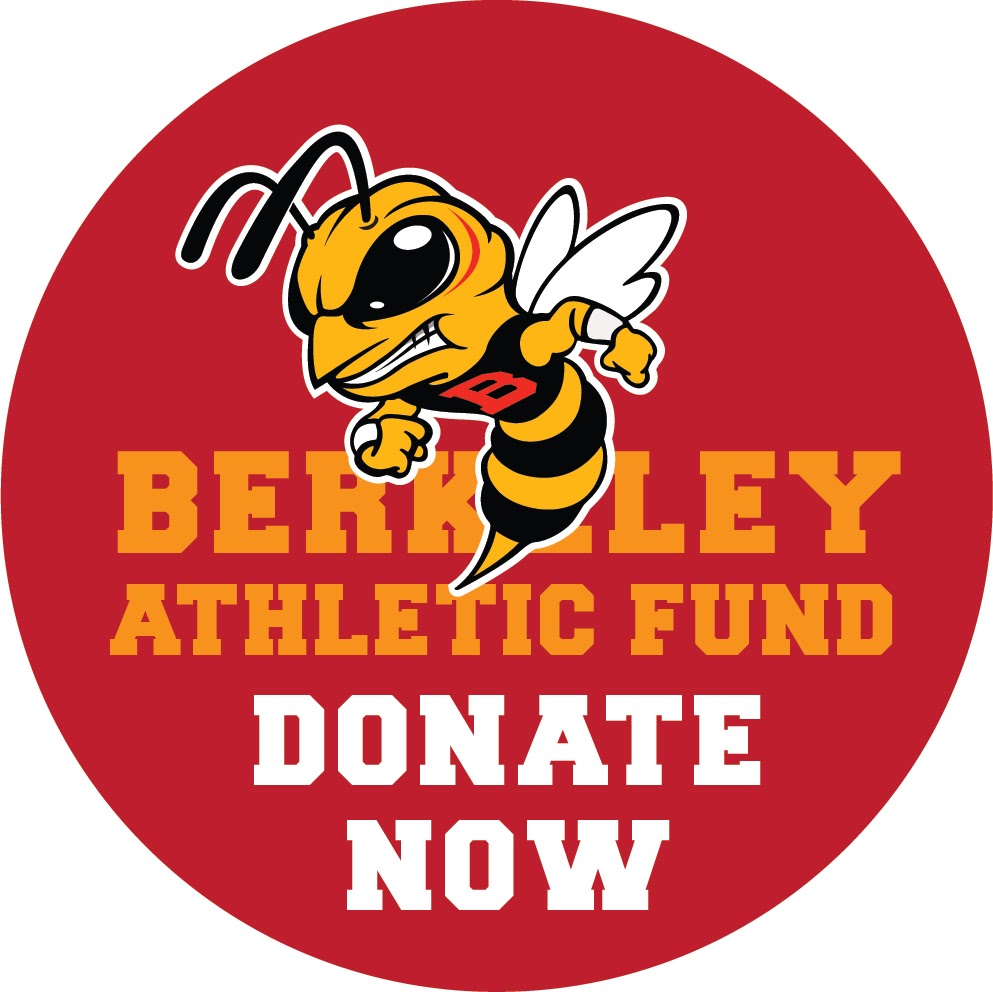